Microsoft has introduced several new security features in Windows 10 Spring Update/April Update, one of which is called “Core Isolation” and is designed to prevent attacks from inserting malicious code into high-security processes.

In theory, it’s a great feature. In practice, Microsoft cocked it up. Again. Not with the feature itself, that should work fine, but with controls for it. And I can’t believe this slipped past their QA control given that I noticed the feature being broken in 1 minute after trying the Spring Update.

You can enable it just fine under Security center, but if you for whatever reason want to disable it again, you’re greeted with this message: 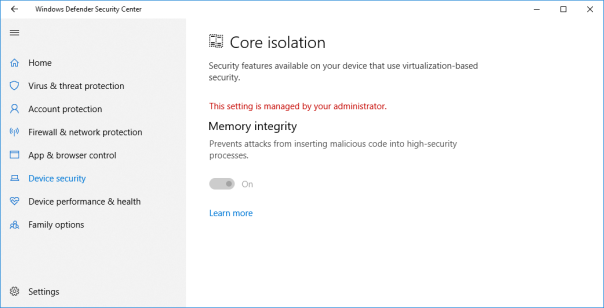 I’m the bloody Administrator. What the hell? Well, after some fiddling, I managed to figure out the controls for this thing and created a tool to manage Core Isolation externally. 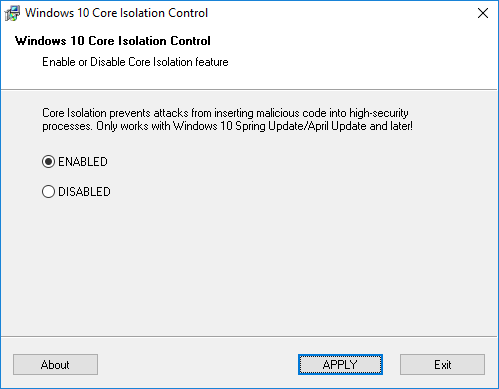