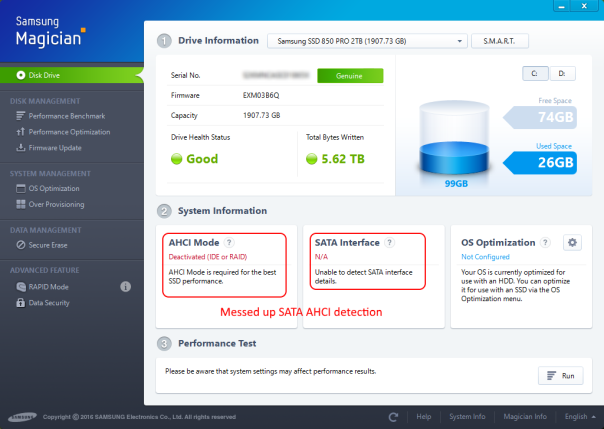 I don’t know when it happened, I’ve spotted it few days ago when I made a Windows 10 refresh and had to reinstall software, including Samsung Magician. And spotted this nonsense where it fails to detect SATA interface as well as its mode (AHCI). I have no clue if this affects anything (like RAPID Mode), but it sure is silly. And from the looks of it, it has been around for a while after Googling about it. Apparently since Anniversary update, I just somehow haven’t noticed this.